Sometimes, attending to the day-to-day realities of our lives, may obscure an awareness of the broader realities of this world.

The Earth is large and the population of humans currently living in the world is more than seven billion.

Is there a perspective or view of the world that may exist beyond what occupies our attention? Is there a story bigger than the story of my life or your life that involves the entire world that we should know? Is there a reason that explains the past, the present, and the future ahead that’s important for us to understand?

Let’s consider a biblical perspective in response to these questions, which most definitely affects our day-to-day lives here on the Earth.

There Was A War in Heaven

Lucifer, a chief angel in Heaven, wanted to take God’s place in Heaven. He convinced a third of the angels in Heaven to follow him. The result was a war in Heaven. Lucifer and his followers were defeated and were thrown down to the Earth.

“Then there was war in heaven. Michael and his angels fought against the dragon and his angels. And the dragon lost the battle, and he and his angels were forced out of heaven. This great dragon—the ancient serpent called the devil, or Satan, the one deceiving the whole world—was thrown down to the earth with all his angels.” (Revelation 12:7–9, NLT) 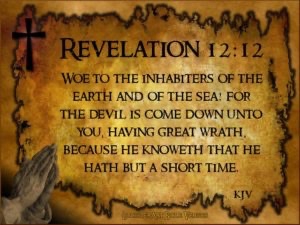 Satan Is Here on the Earth

Satan, and his angels, continue to deceive the whole world, seeking to draw humans away from God and unto himself. Satan began with Eve and Adam, the first two created humans, convincing them—through a serpent—to follow him rather than continuing to follow God.

“The serpent was the shrewdest of all the wild animals the LORD God had made. One day he asked the woman, “Did God really say you must not eat the fruit from any of the trees in the garden?” “Of course we may eat fruit from the trees in the garden,” the woman replied. “It’s only the fruit from the tree in the middle of the garden that we are not allowed to eat. God said, ‘You must not eat it or even touch it; if you do, you will die.’” “You won’t die!” the serpent replied to the woman. “God knows that your eyes will be opened as soon as you eat it, and you will be like God, knowing both good and evil.” The woman was convinced. She saw that the tree was beautiful and its fruit looked delicious, and she wanted the wisdom it would give her. So she took some of the fruit and ate it. Then she gave some to her husband, who was with her, and he ate it, too.” (Genesis 3:1–6, NLT)

As a result of their choice to listen to Satan and disobey God, sin entered our world, and with it evil and a host of adverse consequences. And Satan has, is, and will continue his efforts to draw humans away from God and unto himself until he is destroyed at the Second Coming of Jesus Christ.

“Stay alert! Watch out for your great enemy, the devil. He prowls around like a roaring lion, looking for someone to devour.” (1 Peter 5:8, NLT)

“Therefore, rejoice, O heavens! And you who live in the heavens, rejoice! But terror will come on the earth and the sea, for the devil has come down to you in great anger, knowing that he has little time.”” (Revelation 12:12, NLT) 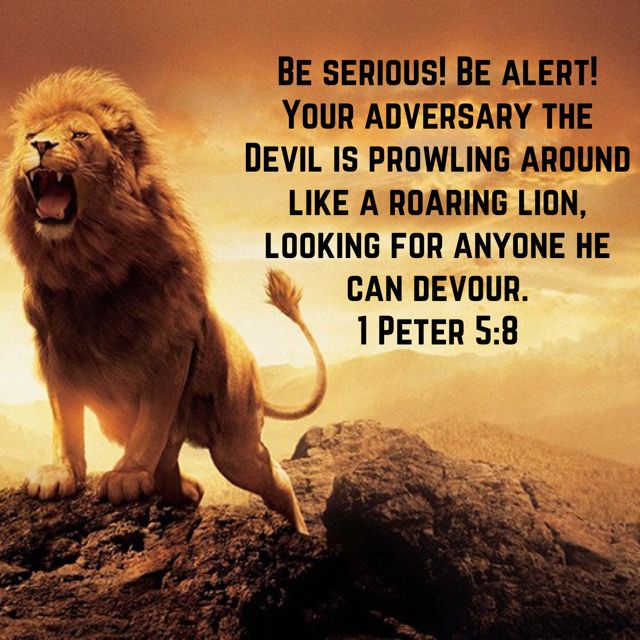 So, here’s the bottom line. Every day, until Jesus returns, we face an enemy—Satan—who wants to destroy us. It’s spiritual warfare—the struggle against forces of evil, including personal forces like demons.

“For we are not fighting against flesh-and-blood enemies, but against evil rulers and authorities of the unseen world, against mighty powers in this dark world, and against evil spirits in the heavenly places.” (Ephesians 6:12, NLT)

So, Where Does That Leave You and Me?

So, are we doomed to defeat?

How can any human being ever be victorious over “…rulers, against the authorities, against the cosmic powers over this present darkness, against the spiritual forces of evil in the heavenly places”?

Through God. In God. With God. Let’s take a closer look in our next blog: What In The World is Going On? — Part 2.